Everything is in a constant state of change. What you thought was this, has changed to that. Nothing stays the same anymore. Changes. This last painting in a series of what I called Monster paintings or better described as Pareidolia paintings, may be my best Stop by the gallery and see for yourself. Please call first. As you stand in front of this large 48 in. x 48 in. panel the objects will morph from one image into another right before your eyes. Monsters will jump out at you. Scary faces, human bodies, it is up to you to decide. But be aware, your mind will play tricks on you and you may end up some place you never dreamed of being.

Monsters in our land
Clinton play to pay is illegal. See her emails.

My current right as an American is to be able to voice my opinion. Have free speech. So I am doing so about Monsters in our land.

I understand that my song “Monsters” is novel, or even Organic in nature. I lack any musical training. Though I have a strong message to deliver and wanted to gain more attention to it. Many have recognized it to be a slave song which I will grant you. There are many slaves not only what we consider slaves to be in America. We also have the Jewish’s who have suffered as slaves and so many other countries and nationalities that suffer slavery or bondage to some form of leadership all across our world. My fear is we may suffer the same kind of slavery as a nation if we do not wake up and change the downhill path we are on. 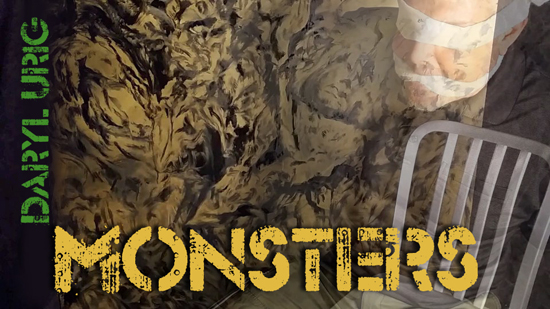 Doubling our debt in Obama’s reign has only made us more vulnerable to financial collapse. We definitely need better accounting here.

So the song “Monsters” sings out from the soul, off key and off tempo, though somehow resonating in our soul as a real person. A tune we want to fix and at the same time find ourselves humming.

What caught my attention in the media was Hillary stating to a group, “That is not who we are”. Then a few weeks later President Obama says the same thing, “That is not who we are”. Is who we are some how changed? The song begs the question, Who are we. Or who are we now? I am not sure if we are quickly changing as a country or what we are changing into not having been given notice. Though it is apparent we are changing into something else. Possibly loosing granted rights as citizens of the United States.

I question in the song who is our boss, the corporations? The food we eat altered to what some may consider a poisonous state, causing many health issues and concerns. Why is this happening? Who is in control of our food? What we eat each day to survive.

I can have my emails searched by foreign countries. Can they not also buy food companies here in America and slowly poison us? Not to seem paranoid but walking carefully forward. I know it is far fetched, but we have gotten on the money train as a country and need to be more careful with our choices before we take money from anyone. Politicians have always wanted to take our money away, so that is nothing new.

What are we loosing? The song begs that we wake up. Take ownership of our country again. There are Monsters and hidden faces in our land. I have no idea who they are and how they are effecting me. We know they are here. We even have attacks happening within our country everyday. Random shootings and groups killing civilians in a McDonald’s and many other locations. We can’t just think it is happening to others and won’t affect us any longer. Our Police are shot at and killed. Where is respect? Where is order? Where is safety? We are a people, a group of wonderful individuals.

The fictitious characters Billy and Hilly in the song are in a tree, safe, but they sold out America. These characters somehow had considerable financial gain.

We have seen countless times where are leaders have made alliances with foreign countries to back their campaigns, for instance the Clintons. What is their agenda? What do they gain and what do we loose?

I cannot imagine how bad off we will be then. Loosing so much so we fit into the new us. The new this is who we are now. If we do not wake up we will all be slaves in our own country, shackled and bound to the new homogenized global community that awaits us. I cannot imagine that everyone’s perspective and beliefs are going to mesh. It would be foolish to think so.

Stand for something, or stand for nothing at all. I see a lot of injustices in our world. This painting, Food – Eat is part of my Pareidolia series of oil paintings. I want to bring attention to what the food industry has been serving up to us for years. Hurting us all with GMO’s, chemicals, drugs, GMO’s, fast food, food without nutrition and food that they don’t have to tell us where it came from, all to make a buck.

Yes we are partly to blame. We keep eating it. If we keep accepting garbage, they will keep serving it to us. While charging us nicely. I have personally gotten myself very sick from many foods meant to do me well that have been hurting my health.

As in real life, there are many faces we do not see that our behind these injustices. As there are many hidden faces, beasts and monsters in my painting with a nice piece of cake. Come eat.

Let’s stand together and contribute to a world we can all enjoy and leave as a legacy to our children’s children.

There is so much coming at us each day. When you look do really see what is before you or just what you want to see. What you think is there and move on. I am hoping my Pareidolia Paintings help you to understand that there is much much more than we initially observe. Look deeper and allow your mind to assemble many hidden images, large and small.

A trip to the sea may be pleasant or unravel all of your hidden fears and horror to find your heart pounding, mind racing while feeling all alone. It is only you who can change your fate. Maneuver your destiny or at least give it a better shot. If you’re just following along you will be lost, even left behind. Stop just existing. Do something.

This post is to be included with my series on Pareidolia Paintings. This painting again reflects on the state of religion in our country and possibly world wide. As the previous paintings in this series brought attention to other disguises in our country labeled; The Corporate World, Pharmaceutical, The Food Industry, and the Arts.

If I were Joni Mitchell I would want to sing out about the injustices we face daily, though they are hidden faces we face. Fighting against what we cannot see.

Pareidolia painting series incorporates perceived images that do not exist along with others that we normally observe. Like seeing a face in a cloud. Both the cloud and the face are recognized. Pharmaceutical, Corporate and Food all sound fine by them self but under closer scrutiny may have some hidden agendas or monsters lurking that may hurt us all.

I hear more about things, things, and more things. Let us all try to enrich our life, culture and those around us with good conversations. Think for our self. Believe in something. Do something selfless. Honor the law of doing good. Develop rich family customs that bring with them good memories. Learn to appreciate art. Choose habits that others would be delighted to follow. Leave something positive for the next generation. Let us all get back into the act of living. Then see the great outcome this has on our society.

We walk into a dimly lit room and see a figure staring back at us, Pareidolia. Startled we recognize it is only a coat peculiarly lying on a chair. What was that? What just happened?

Could it be our minds playing with us? A mind that quickly assembles and recognizes face-like image where there is none. It may not be our imagination but part of our early survival instincts software that has aided us in recognizing other living forms. Could this be heightened in some humans more than others? Do some find it disturbing? Or do we all have it? Is it cool when we recognize it? Then quickly want to share with others.

Pareidolia painting incorporates perceived images that do not exist. Like seeing a face in a cloud. A Pareidolia experience is where you may perceive an image of animals, faces or objects in cloud formations, a knotty piece of wood, a marbled tile, stains, inkblots and other forms.

Leonardo da Vinci explained in his notebook that it was a device for painters to explore. Where we can see an infinite number of things that can be reduced into separate and well-conceived forms.

I enjoy drawing from my mind. Demonstrating where the perceived and conceived collide. Painting a depiction of two parallel universes. One being a visual reality of what I think is before us combined with the second filled with perceptions, reflections, and experiences in the mind.

Please visit my Gallery, The Creative Underground and enjoy viewing my demonstrations of a “Pareidolia Experience” Exhibition.